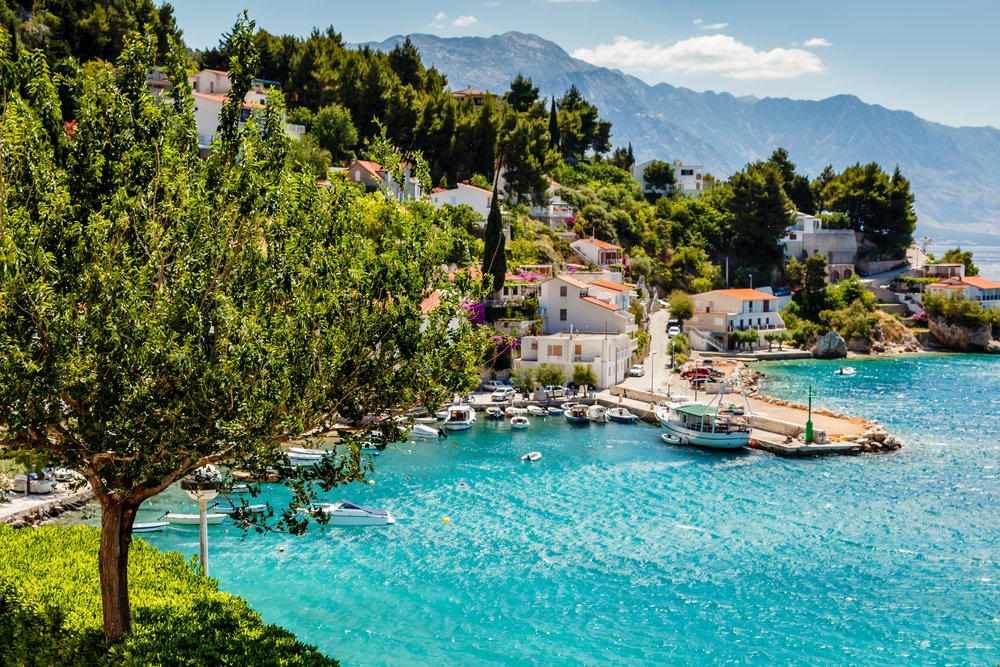 Looking for the top Croatia wine regions? Like many of its neighbors, Croatia has a long winemaking heritage and like many old world winemaking nations, has deep-rooted viticulture traditions and a wealth of indigenous grape varieties. There are an incredible 300 defined wine districts within the country, which come under three main wine regions, producing mostly white wines in the continental north and a mix of reds and whites in the south.

The History of Croatian Wine

Wine has been produced in Croatia for some 2,500 years, since the land was inhabited by the Ancient Greeks. Therefore, it’s no surprise that many of the traditional, indigenous grapes originally used in winemaking continue to be used today, as they are perfect for the Croatian climate, though the names may be unfamiliar outside of Croatia.

However, early in the 20th century, Croatia was hit with phylloxera and the invasion of the vineyard pest sadly led to the extinction of hundreds of indigenous grape varieties. Around 130 varieties remain, many in small family-run vineyards, while around 40 are used in commercial wine production, often combined with common international varieties.

Today, methods of wine production have moved with the times, as have regulations and classification systems, ensuring the quality of the wine.

Although much of Croatia’s wine stays within the domestic market, Croatian wines have been enjoying more international recognition in recent years, in part aided by the nation’s inclusion in the EU in 2013, rising numbers of tourists who encounter Croatian wines and spread the word back home, as well as word spreading about Zinfandel’s Croatian origins – Croatian Zinfandel is said to be dryer than its American counterpart and softer than the Italian, making it a bucket-list must-try for Zin-lovers.

There are three main wine regions in Croatia – Eastern Continental, Western Continental and Coastal – which are each divided into sub-regions, which are in turn divided into winehills (vinogorje). Inland, only 10% of production is red, as white wines are more commonly made; while the opposite is true of Croatia’s extensive coastline and many islands.

The Eastern Continental wine region is divided into two sub-regions, Podunavlje (around the River Danube) and Slavonia (an historic region of Croatia located in the Pannonian Basin, bordered by the Danube, Drava and Sava Rivers), with Slavonia being the most famous for winemaking.

The climate here features cold winters and hot summers, while the topography is mostly flat, with some low hills rising from the plain.

Wine production is mostly concentrated on white wine and the most popular grape is Graševina (Welschriesling), which is noted for being mildly aromatic, refreshing, crisp and light. Other popular grapes grown here include Rhein Riesling, Chardonnay and Pinot Grigio (whites); as well as Cabernet Sauvignon, Merlot and Pinot Noir for reds.

The rolling hills of the Croatian uplands provide ample sunlight and breezes, with this region featuring a cool climate with cold winters, influenced by the cold air from the Alps to the north.

In general, Western Continental wines are noted for their intense aromas and high acidity, with the majority of production focused on white wines. The most common grape grown is the Graševina, though other white grapes cultivated here include Rhein Riesling, Chardonnay, Kraljevina, Moslavac (also known as Šipon or Furmint), Sauvignon Blanc and Škrlet.

The Western Continental wine region is divided into five sub-regions: Moslavina, Plešivica, Pokuplje, Prigorje–Bilogorje and Zagorje–Međimurje. Međimurje is known for dessert and late harvest wines made using traditional methods, as well as Yellow Muscat. Moslavina and Plešivica are known for their sparkling wines.

Croatia’s capital city, Zagreb, can be found in the region and if you’re visiting Western Continental Croatia, you’ll likely be entering the country through this point. While in Zagreb, it’s highly recommended to stop by the Vinoteka Bornstein, which houses an amazing selection of rare Croatian wines (as well as foodie delights such as truffles) in an atmospheric 19th-century vaulted brick cellar. Start here for tastings, cheese pairings, souvenir items and more.

Coastal Croatia is a large region, which starts at Istria in the north and runs down to Dalmatia in the south. This area is divided into five sub-regions: Istria (Istra), Croatian Coast or Kvarner (Hrvatsko Primorje), Northern Dalmatia (Sjeverna Dalmacija) Dalmatian Interior (Dalmatinska Zagora), as well as Central and South Dalmatia (Srednja i Južna Dalmacija).

As expected from such a large wine region, there are vastly different conditions in each sub-region, and sometimes Coastal Croatia is divided into two parts: Istria/Kvarner and Dalmatia.

Istria and Kvarner enjoy the heat from the Mediterranean, but also cooling winds from the Alps. Sometimes referred to as “The New Tuscany,” Istria is divided into the three wine hills of Western Istria (Zapadna Istra), Central Istria (Centralna Istra), and Eastern Istria (Istočna Istra); while Kvarner is divided into Opatija-Rijeka-Vinodol, Krk, Rab, Cres-Lošinj and Pag.

The Momjan region is known for Muškat Momjanski (Yellow Muscat), while the town of Bakar is specifically known for a centuries-old traditional sparkling wine.

Dalmatia is everything south of the Velebit Channel and its vast size, islands and hillsides are home to numerous microclimates. These yield a diverse range of different grapes, many of which are red wine varieties and indigenous.

Red grapes to look out for include the Plavac Mali, which is a hybrid of Zinfandel and the ancient red grape, Dobričić; as well as Babić, Tribidrag (better known as Zinfandel or Primitivo), and Plavina. White grapes grown in this region include Debit, Maraština (Rukatac), Kujundžuša, Pošip, Bogdanuša, Vugava, and Grk.

The sub-region of North Dalmatia (Sjeverna Dalmacija) stretches from the old coastal town of Zadar to just north of Split and is most famous for the Babić grape, which produces an inky, strong and tannin-rich red wine.

Wineries of Central and South Dalmatia

Central and South Dalmatia (Srednja i Južna Dalmacija) is where you can find some of the country’s finest (and most expensive) wines. The winehill of Kastela is known for Crljenak Kaštelanski, an ancestor of Zinfandel; while Dingac is famous for its Plavac Mali, an offspring of Zinfandel.

We hope this comprehensive guide to the Croatia wine regions and Croatian winemaking, in general, has helped you plan your vino-focused trip to the country. Have you ever tried orange wine? Did you know about the many different varieties of indigenous grapes native to Croatia? And most importantly, does this article leave you feeling a little thirsty for a glass of vino?

If you’ve visited Croatia before and are already familiar with delicious Croatian wines, let us know of any recommendations or suggestions you have for the best wine regions, sub-regions, and wine hills to visit in the country; which wineries you visited and liked, as well as which wines to try.