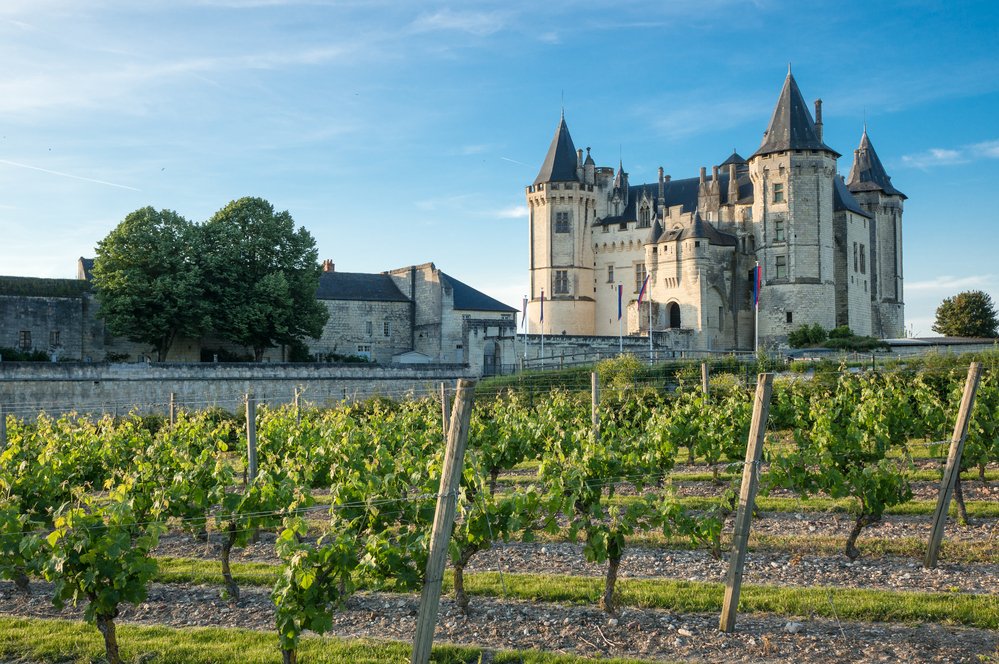 Here are the top France wine regions to visit in France. France is famous for fine wines and there are over 200 indigenous wine varieties to enjoy from all different corners of the country. Due to diverse climates and conditions, each wine region in France has its own distinct personality, producing specific types of wines, which have been cultivated to produce some of the highest-quality “vin” in the world.

This guide to France’s 11 officially designated wine regions discusses which type of wines each region is best known for, the grapes are grown in those regions, the lay of the land, and the flavors typically found in those wines. You will also find beautiful French castles on your France wine adventure.

The 11 Most Famous France Wine Regions

In general, France’s northern vineyards are known for their white wines, while the southern vineyards are better known for reds, though there are a few exceptions to the rule. This guide lists France’s 11 main wine regions from north to south, plus a few additions of smaller, unofficial grape-growing regions as well.

The colder northern territory of Champagne, not far from bordering Belgium and Luxembourg, has chalky soils ideal for producing its famous sparkling wine, both white and rosé.

Blanc de Blancs (white of whites) is produced using only Chardonnay grapes, offering notes of lemon, apple and beeswax. Blanc de Noirs (white of blacks) is a blend of Pinot Meunier and Pinot Noir, with notes of white cherry, raspberry, lemon and mushroom.

The eastern Alsace region is located in the foothills of the Rhine Valley, in the shadows of the Vosges Mountains, bordering Germany. The region’s rich Germanic traditions lend themselves to the production of dry and fruity white wines, using grapes such as Gewürztraminer, Riesling and Sylvane, though some red, rose, sparkling and sweet wines are also produced here.

The refreshing and dry Rieslings have a smoky aroma; the sweet Pinot Gris have notes of apricot, lime and honey; aromatic Gewürztraminer is perfumed with lychee and rose water; while the sparkling Crémant d’Alsace is made with a blend of Pinot Gris and Pinot Blanc (sweet apricot), or 100% Pinot Noir (a rosé style with notes of raspberry and cherry).

This scenic region of France is as much visited for fairytale castles and picturesque rolling vineyards as it is for its white wines. Many different grape varieties are grown and wine styles produced here, at various points along the Loire River, including dry Chenin Blancs, tangy Sauvignon Blancs and light Muscadets.

One of the most terroir-focused wine regions of France, Burgundy is famous for both reds and whites, specifically the two main grape varieties Chardonnay and Pinot Noir – as both grapes originated here in Burgundy.

Burgundy has the largest number of appellations in the country, divided into four main parts: The Cote de Nuits (from Marsannay-La-Cote down to Nuits-Saint-Georges), The Cote de Beaune (from north of Beaune to Santenay), The Cote Chalonnaise and The Maconnais.

Beaujolais is sometimes considered to be a separate part of Burgundy, as is Chablis, which lies between Côte d’Or and Paris. Côte d’Or wines are some of the most expensive and prestigious in the world.

Located in eastern France, the Beaujolais region is most famous for its red wines made from the Gamay grape (notes of plum, violet, cherry and peony), though some white and sparkling rosé wines are also produced here. There are 12 different appellations in Beaujolais: Beaujolais AOC, Beaujolais-Villages AOC and 10 Crus.

This region is also famous for the Beaujolais Nouveau, one of the most popular vin de primeur (a wine sold in the same year it is harvested). The Gamay grapes are fermented for just a few weeks before this red wine is released for sale on the third Thursday in November. Once released, there is a mad race to get the first bottles to markets around the globe.

Bordeaux is located on the Atlantic coast of France and most famous for red wines grown at the chateaux of Pomerol, Saint-Emilion and the Medoc sub-region. These red wines are usually blends of Cabernet Sauvignon, Merlot and sometimes Cabernet Franc.

There are also dry and sweet white wines produced in the Bordeaux region. White Bordeaux blends of Sauvignon Blanc and Sémillon have notes of pink grapefruit, beeswax and green melon; while sweet Sauternais is more of a dessert wine.

Located in southeastern France, along the Rhône River, the Rhône Valley is one of France’s biggest producers of wine – generally Mediterranean blends of southern grapes, such as Grenache, Syrah and Viognier. Like Bordeaux, Rhône produces traditional red wines, though the styles and compositions of blends produced in northern and southern Rhône differ.

Northern Rhône Syrahs are almost savory in taste, with notes of black olive, plum and green herbs. Southern Rhône’s Grenache-Syrah blends (sometimes blended with Mourvèdre) are smoky, with flavor profiles including raspberry, plum and lavender. Some of the most sought-after Southern Rhône wines can be found in the highly regarded Châteauneuf-du-Pape appellation.

There are also a small number of areas dedicated to Marsanne and Roussane white wine blends in the Southern Côtes du Rhône sub-region. These bold whites are reminiscent of Chardonnay and have notes of apricot, beeswax and lemon.

With a legacy extending back 2,600 years, Provence is France’s most historic wine-growing region and mostly dedicated to the production of rose wines, though some reds are produced here too. The dry rosé wines of Provence have notes of watermelon, strawberry and celery.

Located in the southeast of the country, close to the Mediterranean, Provence is one of the warmest French wine regions, sharing a similar climate, as well as grape and wine styles, to Southern Rhône wines.

Provence has eight major appellations and its flagship appellation is Bandol. The Mourvèdre reds produced in the small sub-region of Bandol are deep in color and have notes of plum, roasting meat and herbs. Like Bordeaux, the region has a classification system of its most prestigious winemaking estates.

France’s South West winemaking region is a blanket term, as the area covered, grapes grown and wines produced here are very diverse. Some sub-regions of the South West are famous for red wines (typically reminiscent of red Bordeaux wines), while other territories are better known for white wines. Though in general, the South West is not as well-known internationally as other French wine regions.

Areas that come under the Sud Ouest umbrella include Bergerac and upstream Dordogne, Garonne and Cahors, Gascony, Béarn and Basque Country, as well as several other smaller production areas.

The South West’s medium-bodied Malbec wines have soft tannins and notes of cherry, plum and dried leaves. White blends of Colombard, Ugni Blanc and Gros Manseng are crisp, with fruity notes. A rare wine to look for is Tannat, which is known for bold, drying tannins and smoky notes of blackcurrant and licorice.

Although lesser-known than its more famous counterparts, the “wine lake” region of Languedoc-Roussillon is the largest wine-producing region in terms of vineyard surface, and produces around a third of the country’s wine.

Due to the focus on quantity of wine produced, Languedoc-Roussillon has a reputation for producing France’s cheap, bulk wines. However, there are still some worthy wines of note produced here and some innovative styles.

The Grenache blends tend to have bold flavors, such as raspberry, licorice, plum and herbal kicks; Carignan wines have notes of dried cranberry, raspberry and licorice (look for bottles marked as “vieilles vignes” for old vines); while fortified sweet reds, some of which have been aged for over a century, have hints of raspberry, cinnamon and caramel.

Blanquette de Limoux, the world’s oldest sparkling wine (rumored to be the original inspiration for Champagne), has roots in Languedoc, as it is made using the region’s Mauzcar grape, which has notes of baked apple.

This Mediterranean island is closer to Italy than France, but lies under French rule. Befitting the location, the wines produced here are not dissimilar to Italian wines, particularly Tuscan wines. A diverse variety of grapes are grown here, from Pinot Noir to Barbarossa to Tempranillo, and more.

The island is home to nine appellations, though has its own vin de pays designation, recognizing its own production methods and regional style. Interestingly, most of the wines produced on Corsica are consumed on the island itself.

The Nielluccio, or Sangiovese, is a rich rosé with raspberry flavors (look for those blended with the rare local Sciaccarellu grape), while the Vermentino is a rich, herbaceous white reminiscent of a Sauvignon Blanc.

Other Wine Regions in France

Brittany is no longer classed as an official wine-growing region, but has a long and rich history of viticulture. In recent decades, there has been a modest revival of the region’s winemaking heritage in small, recreational vineyards such as Quimper, Morlaix and Sain Suilliac.

Île-de-France is no longer classed as an official wine-growing region, but, like Brittany, enjoyed a long history of grape-growing and is currently experiencing a renaissance of viticulture. There are five villages in this region that are part of the Champagne area, where more than 200 small, recreational vineyards are established.

Jura is a small winegrowing region located near the border with Switzerland, composed of six appellations in close relation to Burgundy. Typical Burgundian grapes are grown here, due to the similar cool climate, such as Chardonnay and Pinot Noir, though others are also produced. Jura is noted for some unique wine styles, such as Vin Jaune and Vin de Paille.

Normandy is no longer an official wine-growing region, though there are several small, recreational vineyards that have popped up in the last 20 years or so. One of these operates on a commercial scale and can be found in Grisy, near Caen.

Picardy is no longer an official wine-growing region, though its rich winemaking heritage is experiencing a revival. There are 40 villages south of the Aisne department that are considered part of the Champagne area, plus several small, recreational vineyards are operating in places such as Clairoix, Gerberoy and Gouvieux.

Savoy is located in the Alps, close the border with Switzerland. The region is primarily known for white wines and many of the grapes cultivated here are unique to the region.

Although this list focuses on France’s most famous winemaking regions, there are limitless vineyards scattered across the nation, covering approximately two million hectares of vineyards over 3,000 different wines.

If this introduction to French wine has helped you plan a wine-tasting trip or has better informed you on the geography of French fine wines, then let us know in the comments below. Additionally, if you have any insights, suggestions, or recommendations to add to the above, let us know as well.